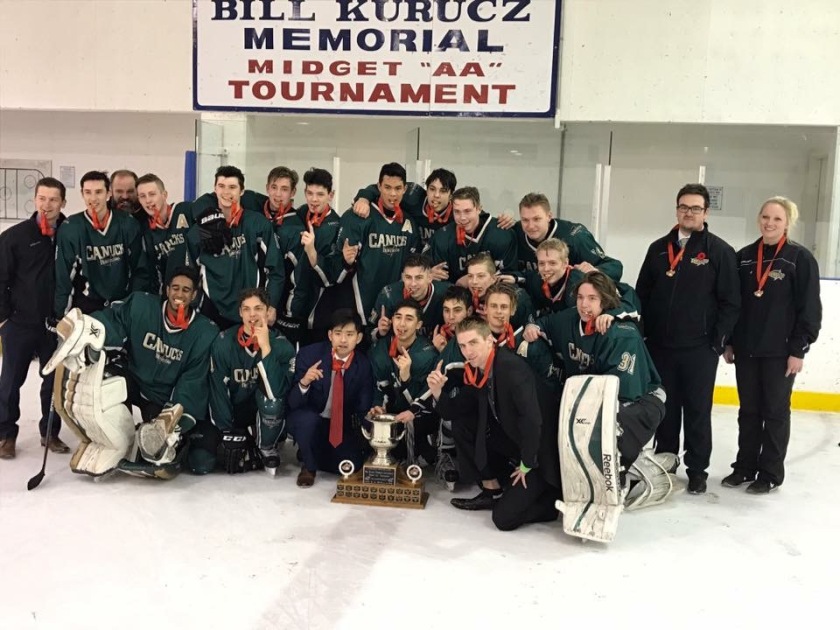 I want to thank each of you for the last seven months. I’ve been incredibly fortunate in my coaching career to have had an opportunity to work with some phenomenal teams, and players and I’ve had a blast in many of those years. However, I can honestly say the last seven months has been the most I have had enjoyed coaching minor hockey.  It was funny, the day after we lost out, or maybe it was that night. I can’t remember. I was just sitting on the couch with my wife, watching TV. And I recall just sighing in almost disbelief, and I just muttered… I loved that team. I didn’t expect any response from anyone. I was kind of talking to myself. But, Amanda turned… looked at me, and I could see just how proud even she was of us, and she just said… I know. I could tell all year how much fun you had coaching these guys. I know you enjoyed it. This exchange may not seem like much, but for me… it meant the world, because it was the honest truth.

I think back to the spring when I was first asked to coach Midget AA, truthfully, I let my ego get in the way and I declined. Thought, I’ve only ever coached AAA, I can’t do AA. It’s just not for me. Boy, was I ever wrong, and I am so thankful I was called a second time and asked again to coach this team.

It was important to me, as it is every year to create a team of character, and good people from good families so I did as much homework prior to the season as I could. Following tryouts, I was thrilled with the group we had, and knew… this is a special group. Now, though our season has ended two weeks quicker than we hoped, I still believe that. I couldn’t be more proud of this team, and every single player. I know for a lot of guys it would’ve been really easy to just pack it in and screw around all year long because it was “Midget AA” and that’s the stigma that’s often associated with Midget AA. But, you didn’t. Not even once. You guys gave us a chance to coach you, and trusted us. Even though I’m sure there were times you thought maybe screw this, or what the hell are we doing. I know we pushed you guys hard, and never once did you guys show any inclination of quitting, though it would’ve been the easier road. You didn’t. Even those late Friday night 8:45 practices, followed by Saturday 10AM practices, you guys gave us everything, and I know that we demanded a lot from all of you.  Everything we asked of you guys, you believed in the process and you did it. From dryland, to continually giving back to the community throughout the year. These aren’t things that should be typical of Midget AA teams. At least not in my experience, but you guys have set the standard in my opinion and I believe it all comes from the deep character of this group. It was refreshing to coach a group of kids who played the game hard, and for the right reasons, for their teammates, and for the love of the game. You just don’t see that very often anymore.

I want to thank you guys for everything. I hope that you have been able to learn as much from Geoff, Rye and myself as I can assure we have learned from you guys. Above all else, I hope you guys had fun playing hockey, and have found your love for this great game again and continue to enjoy the game. You’ve spent a lot of time putting in work to this game, and I believe it has the opportunity to take you to great places. Whether that’s on the ice, or off the ice. I truly believe that each and every one of you has an incredibly bright future with whatever path it is you choose. I’ve seen the character, I’ve seen the work, and I’ve seen the resilience. You guys are built for success, and it will find you. As we’ve said all year long, this is a truly special group. This is a group I would go to war with anytime.

Lastly, parents. I want to thank you for everything you have done for our team. You guys have been incredibly supportive; it’s been fun to watch. You’ve all done such a terrific job raising these young men. You should be very proud of each of them. They truly gave it all they could this season, and they did it with no one watching except you parents, and us coaches. That is what was so enjoyable. They weren’t playing for anyone or anything other than themselves, and their love of the game. I always believe that a group of parents can help make a team successful, and can often help sink a team even faster. But, I never felt that with this group. I’m sure there were many times you guys were pissed about something, and there were times we made mistakes as coaches but you believed in us and gave us your full trust, and support and I want to sincerely thank you for that. You’ve all done more for this group than you know.

I will always consider this group my extended family. I know we’ve been saying this to parents, and players since day 1, and I still mean this from the bottom of my heart, this is truly just a special group. One I will always remember, and always feel very fortunate that I had this opportunity as a coach. You guys have helped me find my passion for hockey, and for coaching once again. I am forever grateful to you for that.

Everything we did this year… all the work we’ve put in, all the triumphs from winning the Edmonton tournament, to our fifteen game undefeated streak to the struggles, the injuries we were always overcoming, trying to find our way after the Christmas break, and ultimately our battle with the Rangers that in itself was full of elation, and despair.   It’s all been worth it.

It’s honestly been such pleasure, I am forever grateful for the chance to coach this group; I think I speak for Geoff, and Rye as well. Thank you all for the opportunity. It’s been one hell of a ride. Every moment. Thank you.

We’ll always be family. Thank you. 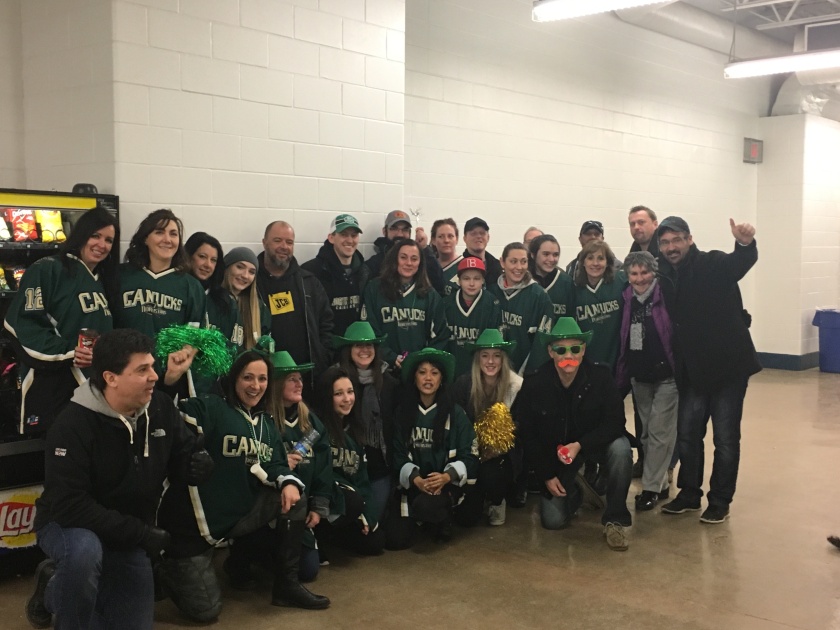